https://www.nationalgeographic.com/environment/habitats/plastic-pollution/
A simple click on the above link would help to paint the picture of the reality that mankind faces as a result of plastic pollution.
One very important fact we can all attest to is that the Earth is in trouble because of our use of plastics. This is primarily due to how humans pollute the Earth because of the way plastics are used and more so because of the way plastics are disposed of.

His visit to Antarctica https://www.dattapeetham.org/events/2013/sri-swamiji-in-antarctica-29-dec-2013-to-07-jan-2014 is an example of this. The care given to animals wherever His Holiness goes is another indication of this. Shuka Vana which is home to over 475 species of birds, the koi pond, the Bonsai Garden which has a plant for each of the 365 days of the year, the Gau Shala and His visit to various places around the world is proof of this. One particular memory which stands out in my mind is seeing squirrels and monkeys up and down trees and running around the Ashrama. The way that they are comfortable and the way that they are at peace is evident. No questions need to be asked. The truth is they may not be able to live as peacefully as this in any other part of the country.

As humans we owe it to Mother Earth (Dharti Maa) to take care of Her because she has blessed us with the food which sustains and nourishes us and the land where we make our homes. However we should not take care of the Earth because we feel obligated to but it should be because we care and we genuinely want to.
One very real way of doing that is by reducing our use of plastics. It is doable and it is very possible. All it requires is firm conviction (your thought and belief process) and action (actually efforts and measures to reduce your use of plastics).

Here as some ways to help the environment:
1. Recycle- ( glass bottles, plastic bottles, paper, unused books)
You can do this by checking locally in your country of residence for this. Those who live in Trinidad and Tobago can refer to this previous post (https://rachaelathomasj.com/2018/01/23/celebrating-nature-recyling)
2. Reduce wastage meaning use just what is needed. Do not use what is not needed. Do not be complacent and mismanage. Such actions will not help anyone.
3. Support animal relief efforts. Provide help at animal shelters or render assistance by helping however you can – feeding, care and the upkeep of the homes of animals. Share information on protecting endangered species and lead by example. Whether it is leather back turtles, birds, fishes or snakes, help animals that you can help.
4. Switch to eco friendly products. His Holiness set a precedent at the Mysore Ashrama. No use of plastics now means eco friendly toothbrushes, compostable garbage bags and no plastic bottles. In essence it means an opportunity to now use eco friendly water bottles that are BPA free and greater use of copper water bottles. These are products you can adopt in your everyday lives. These products are available online and many businesses in Trinidad have eco friendly bags for when you purchase goods or they allow you to bring your eco-friendly bags.

This being said it is advisable to do some research and find out what is available where you live. Go through the internet, go through social media and see what is available for you!
Here are some other things you can also look into using:
1. Bamboo cutlery
2. Compostable plates
3. Bamboo fiber cleaning towels
4. Recyclable storage bags
5. Dissolvable due free detergent
6. Reusable bottles
7. Reusable coffee cups
8. Metal straws
9. Paper wrapping
Every step counts! Every action matters! Do what you can and make a difference! Save a life, help protect our Earth!

It was a day devotees and members of the Datta family were looking forward to and many were determined to spend as much time as they could in the divine presence of Sri Swamiji.

Here are some pictures that show the welcome Sri Swamiji received: 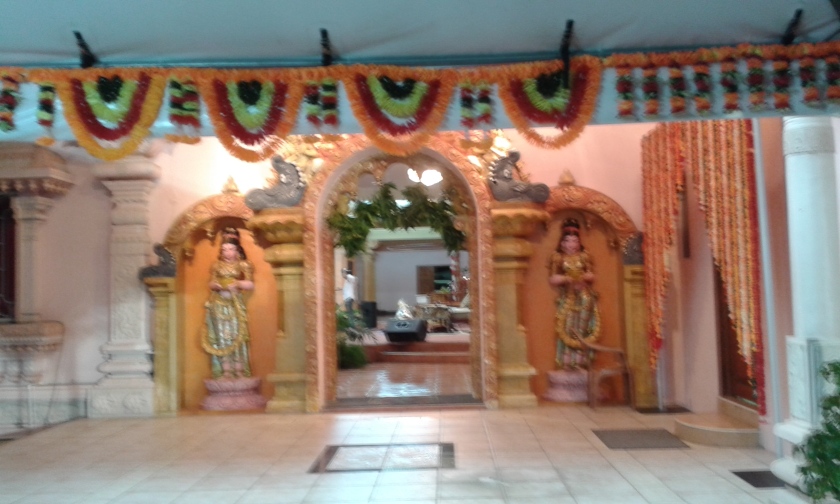 Many  turned out in their numbers from the night of Appaji’s arrival to the time of His departure and His visit was marked by a number of very memorable occasions, namely:

Witnessing Appaji performing puja on a daily basis was not an opportunity to miss! 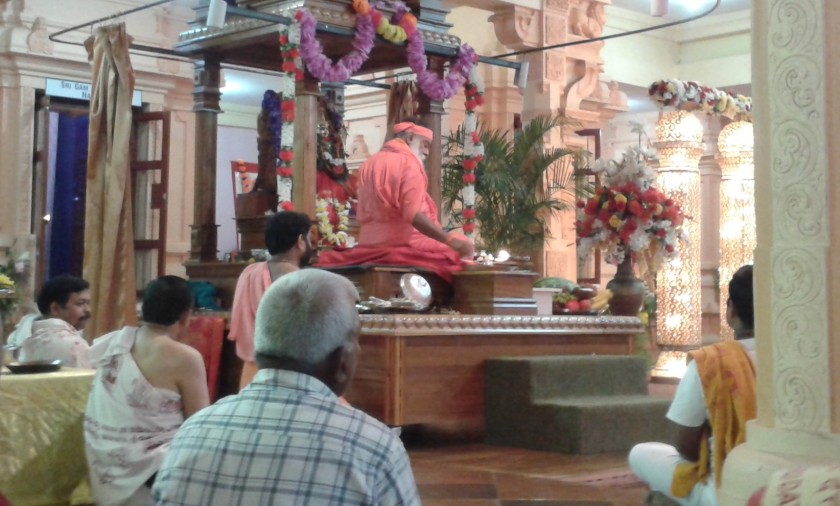 Listening to Sri Swamiji’s discourses were as always very inspiring.

As always there is a message for everyone and it is important to put it to use! Here are some useful links:

Receiving Sri Swamiji’s darshan is indescribable! It is a divine blessing and one to cherish!

The consecration rituals and ceremony for the murtis of Lord  Rama’s  Parivaar and Lord Satyanarayan at Dattatreya Yoga Centre in Carapichaima.

The consecration of the Shiva Lingam and the Murti of Mother Durga at the Datta Shiva Ram Temple in Princes Town and the consecration of the Navgrahas at the Sri Sachchidananda Yoga Ashram in Penal were two more very memorable occasions and these will be shared in a later post. Here are some pictures from these events so you have a great idea of what those posts  will include:

Many were sad to see Appaji leave but as Appaji says, “I am always here, I am always with you!”

You may have heard of it and then again you may not have! If you have not my duty is to inform you of it.

Did you hear of the mass chanting of Hanuman Chalisa for world peace in Tenali, Andra Pradhesh, India? On January 31, 2015 Dr Sri Ganapathy Sachidananda Swamiji of Mysore, India was presented with a Record Certificate for setting a new world record in the category of mass chanting for the most people chanting from a single location.

Have a look at this video:

As a Press release available on YogaSangeeta so aptly states, “At a time of constant turmoil, mass killings, and natural disasters happening in different parts of the world, His Holiness Dr. Sri Ganapathy Sachchidananda Swamiji, pontiff of the Avadhoota Datta Peetham of Mysore, India led a mass chanting session on January 31st, 2015 in Tenali, Andhra Pradesh in India for the benefit of world peace. This mammoth effort, aimed at benefiting all beings and the atmosphere, has been aptly recognized by the “Guinness World Records”.

We wish we could have been there for this major event but we are thankful for an opportunity to serve. Dr Sri Ganapathy Sachidananda has asked that everyone sings Hanuman Chalisa a minimum of 40 times. Chant Hanuman Chalisa yourself, share it with your loved ones and spread the word that chanting Hanuman Chalisa is very important. It is for your own benefit.

As Sri Swamiji explained in this press release, “Hanuman Chalisa is a very ancient prayer dating back over 500 years. This particular prayer is especially chosen for chanting since the collective sound vibrations will create positive impact thereby promoting universal brotherhood, and aiding in the well-being of the entire universe.” In recent times, scientific research has also revealed that sound waves formed while chanting are converted into electro-magnetic waves and potentially provide enormous positive impact on beings and atmosphere.”

Datta devotees would be fully aware of this instruction for mass chanting of Hanuman Chalisa. Should it be the first time you are hearing of this please feel free to contact me via this post so that I can give you further details.

To see for yourself how this newest addition to the Guinness World Record was received look at the links above and below.

Here is how it was received by several news agencies: